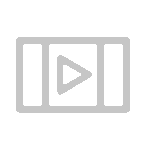 Video
Indocyanine Green for Cortical-Sparing Adrenalectomy in a Pediatric Patient

Indocyanine green (ICG) is an FDA-approved water-soluble intravenous dye that fluoresces with photo-excitation in the near-infrared spectrum. It has been used as an aid for identification of structures in various general surgical procedures due to its concentration within highly vascular tissue. ICG's utility in adrenal surgery has been demonstrated in adults, however has not yet been evaluated in the pediatric population.

This video demonstrates the successful utilization of ICG fluorescence during laparoscopic cortical-sparing adrenalectomy in a 14-year-old boy with von Hippel Lindau syndrome and metachronous pheochromocytoma. A prior history of right-sided pheochromocytoma had resulted in a right adrenalectomy, however he presented five years later with a new tumor involving the left adrenal gland. During laparoscopic left cortical-sparing adrenalectomy ICG fluorescence was used to identify the adrenal gland and dissect the mass away from surrounding retroperitoneal structures. There were no surgical complications and the patient has no baseline steroid requirements postoperatively.