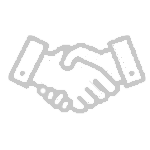 Historically, fundoplication has been performed with extensive dissection of the esophageal attachments to the diaphragm. Previously, we conducted a randomized trial demonstrating that minimal esophageal dissection and mobilization reduce the rate of wrap herniation and the need for reoperation. In that study, four esophagocrural (EC) sutures were placed in both groups to help obliterate the space between the esophagus and diaphragmatic crura. In this current study, we evaluate the need for these EC sutures.

Children less than age 7 undergoing laparoscopic fundoplication were randomized to receive four EC sutures or none. Exclusion criteria included an existing hiatal hernia. The primary outcome was transmigration of the fundoplication wrap through the esophageal hiatus into the mediastinum. A contrast study was performed around 1 year postoperatively. Telephone follow-up was performed at a minimum of 1.5 years.

120 patients were enrolled from 2/2010 to 2/2014, and 13 did not survive. One patient was excluded because a hiatal hernia was found at laparoscopy, leaving 52 patients with EC sutures (S) and 54 without EC sutures (NS). Operative time was 20 min longer in the S group (P < 0.01). Contrast studies were obtained in 62% of S and 68% of NS patients, and there were no wrap herniations in either group. There was one reoperation for wrap loosening in the NS group, none in the S group. Final telephone and clinic follow up was at a median of 4 years (IQR 3–4.7). Reflux symptoms and medications were not different at one month, one year, and final follow-up.